You are here: Home / Blog / How Will the New Tax Bill Affect Divorcing Spouses? 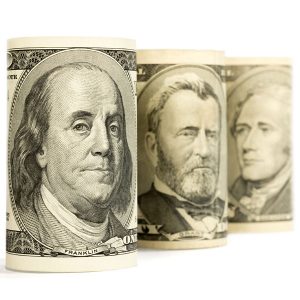 The “Tax Cut and Reform Bill” was signed into law on December 22, 2017, representing the biggest tax overhaul since 1986. While the bill makes changes that can affect Americans across the board, there are several aspects to it that will make it more difficult to negotiate divorce settlements.

A tax credit is a dollar for dollar reduction in your tax bill. A tax exemption reduces the amount of income you pay taxes on. Beginning January 1, 2018, dependency exemptions, which reduce your taxable income, have been eliminated. In 2017, each exemption was worth $4,050.00; in 2018 that number will be zero.

In an attempt to offset the scrapping of the personal exemption at $4,050 per individual, the new tax law doubled the child tax credit from $1,000 to $2,000 per child under the age of 17. Income limits on who may claim the credit have been substantially increased from $75,000 to $200,000 (single filers) and from $110,000 to $400,000 (married filing jointly). Even taxpayers with no tax liability are eligible for a $1,400 refundable tax credit per eligible child. The new law requires that taxpayers provide the social security number of each qualifying child. As was the case previously, you can only claim the child tax credit if you can claim the child as a dependent. Accordingly, for a non-custodial parent to receive this benefit, the custodial parent must agree and assign that right to the non-custodial parent in the years s/he will be permitted to claim a dependent child. IRS Form 8332 is used for this purpose.

Under the previous tax code, alimony (a.k.a. spousal support or spousal maintenance) is tax deductible by the payor and taxable to the payee. This means that the person paying spousal support is paying pretax dollars, which he or she can then deduct on his/her annual return. Under the 2017 Bill, for divorces finalized in 2019 and thereafter, the payor can no longer deduct the payment of spousal support, and the spouse receiving support does not need to claim the support as income.

This has the potential to play havoc with divorce settlements, as alimony was often used as a tax-shifting device in which the higher earning spouse (the payor) made alimony payments to an ex-spouse for the support of the spouse, who paid taxes on the alimony at a lower rate than the payor. Alimony makes sense when the paying spouse is the higher earner and therefore taxed at a higher rate. Similarly, the spouse payee is typically the lower earner and taxed at a lower tax rate. In Texas, this is often used as a substitute for a disproportionate division of community property and as an income stream for a spouse, often such as a stay at home mother (98% of recipients are women), who needs time to get on her feet and receive additional education or job training. If your divorce is finalized before January 1, 2019, the old “taxable/deductible” rule will still apply. After that, the new rule will inevitably reduce the amount of cash available to settle a case using spousal support.

One question that has not been answered is whether if two people have a prenuptial agreement that provides for alimony in the event of divorce, that will be considered to have been a divorce settlement before January 1, 2019. Don’t hold your breath on that one.

The new standard deduction amounts ($12,000 for single filers and $24,000 for married filing jointly) will further limit itemizing. This can affect divorcing parties since there are certain itemized deductions associated with awards of property and debts. Where deductions that once were worth something become less valuable, parties will be less agreeable to certain divisions and awards of property and debts in a divorce settlement.

The following are some of the key changes to the IRS tax code of interest to divorcing parties:

This is only a short summary of these changes based on available public information, and is not a substitute for professional tax advice when it comes to your divorce case. The advice of an attorney and a tax professional will continue to be essential as divorcing spouses navigate this new law. 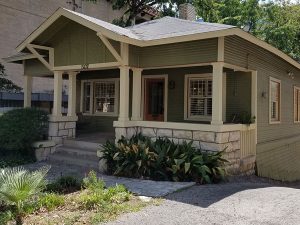